To designer Mary McDonald, the importance of interior design doesn’t lie in having a specific kind of style. It’s that you have style, period. That you consciously, carefully and proudly project a cohesive impression. McDonald has made it her mission to beautifully project whatever impression her clients desire.

This stance on style likely comes from McDonald’s early career in the fashion industry, as well as her years traveling throughout Europe and Asia. Starting off as a milliner, McDonald demonstrated a remarkable proclivity for combining seemingly divergent styles, colors and patterns. It just made sense, then, that she could put her skills to work on a larger scale as an interior designer. And she has been doing so successfully ever since, creating residential and commercial interiors that are at once sophisticated and daring, classic and eclectic. In other words, a little bit of everything. 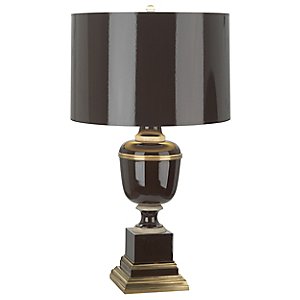 And it doesn’t stop there. Joining the ranks of such notable designers as Jonathan Adler, David Easton and Rico Espinet, Mary McDonald has recently brought her signature style to an exclusive line of lighting produced by Robert Abbey. 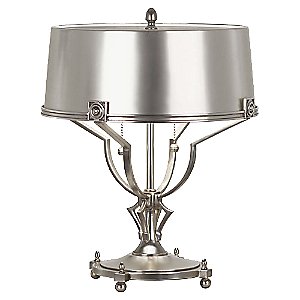 The connection between design and fashion made McDonald’s eventual collaboration with the design-driven, trend-setting Robert Abbey lighting company a no-brainer. The pieces in the Annika Table Lamp. Named after mythological water nymphs, the Ondine collection is decidedly solid, its simple base adorned only with two rings. Or there’s the sexy Margaux Table Lamp, with delicate curves, intricate details and a flared drum shade all made out of silver-finished metal.

All of the lamps in the Mary McDonald collection beautifully exemplify every aspect of her overall design style…a little bit of everything, with a lot of style.

To get to know McDonald and her design process a little better, be sure to watch her doing her thing in Bravo’s new reality series, “Million Dollar Decorators,” which explores the trials, tribulations and–ultimately– the rewards of being a high end interior designer.

As the Content Marketing Manager for YDesign Group, Nissa has been writing about lighting, furniture and decor for many years. Considering that there's always something new out there, she'll likely write about them for many years more. She loves all things modern design, especially those designs that reinterpret classic forms in cool, imaginative ways. If she had her way, she'd spend all her money on such pieces (and wine).